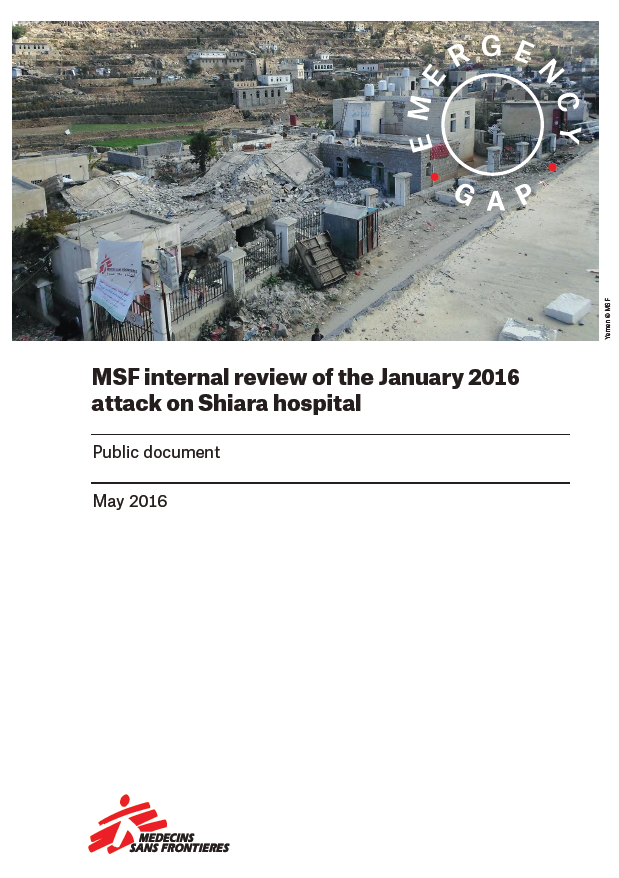 MSF internal review of the January 2016 attack on Shiara hospital

MSF internal review of the January 2016 attack on Shiara hospital

The findings from the MSF’s internal investigation into the attack on the Shiara hospital show that at the time of the shelling Shiara was a functioning medical centre with a qualified team. It offered many services responding to the high medical needs in the area, which have increased over the last year, due to continuous air-bombardment and rocket attacks, as well as Shiara’s mountainous location which makes referral services very challenging. MSF had conducted the necessary steps to reduce security risks and increase protection of the hospital.

There is no justifiable reason, however, why Shiara hospital should have been attacked, as there is no evidence to suggest that the hospital was being used for any military purposes that would warrant the loss of its protected status under international law. There are several possibilities, however, that show why Shiara may have been perceived as a strategic target, despite such an attack being illegal in international humanitarian law.

Whether the attack was an intentional targeting of the hospital or of a densely populated area, or  whether  it  was  an  act  of  negligence  caused  by  insufficient  precaution  in  the  planning of it,  the attack, which killed six civilians, violated the right to access  lifesaving  healthcare and the right of medical practitioners to provide it. According to the findings of this internal review, it also likely violated international humanitarian law. The events surrounding the attack should be investigated by an independent fact-finding mechanism as well as all parties to the conflict, and the findings should be made public. Subsequently, warring parties must revise their rules of engagement and targeting procedures, and ensure that, during military decision-taking, all necessary precautions are taken to protect civilians, medical facilities and humanitarian actors.